If you love something... 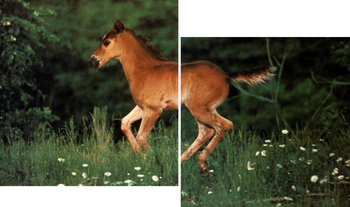 One time I saw my ex-boyfriend at a bar. It was crowded and noisy. I was talking to a girl I really wanted to impress, who had invited me out to celebrate something cool she’d done. Like a show she’d curated or a book published. She later told me that my face collapsed as she was introducing me around the room. I was smiling and then I blanked out, apologized and left.

I saw him at the bar and then I never saw him again. Come to think of it, I haven’t seen that girl since those days either.

Which was not what I was expecting. We lived only blocks apart. We had so much in common, I thought. Surely I would find myself across the subway platform from him, or squeeze past him in the cereal aisle. We’d have our chance at the donut shop or at Blockbuster or on the B43 or crossing the park.

I’d been anticipating that casual run-in for months. What could I say to him to make him pine for me for another 20 months? I had practiced at least six ways of saying, “It’s really good to see you.” Sincere. Seductive. Sarcastic. It could happen when I least expected it. I tried to always be ready.

After that moment at the bar, I came up with a new line. “See? We don’t have anything in common after all.” Practicing it enough times, it was kind of a relief. When you let some things go, they are just gone.

And then there is poetry. My flirtation with poems has been going on for so long. Like I’m carrying around this latent gift for poetry, like a backup lover.

I’m beginning to understand that getting any poems started and  finished will be a huge labor. And when I think about that commitment I have to wonder if there’s anything there at all. Do we really have anything in common, me and poetry? Is it relevant to my life? Do I really even want to read, much less write poems? Wouldn’t it be a relief to just let it go?

Unlike some relationships I have manufactured, poetry keeps coming back.

The first poem of mine that I remeber, the one responsible for this addiction of mine, was an impromptu foul-language-riddled oration delivered from atop a Waffle House table on a crowded Saturday night. I was booed and threatened and had to yell it out even louder than I wanted.

It was much better than the first piece of ass I cut.