Bonnaroo breakdown 2008
The worst story I ever wrote

So I’m at the School of Letters, surrounded by books and book lovers, readers and writers and critics. Everyday, I hang out in this old gothic library for a couple hours. I feel like that guy in the Twilight Zone who has all the time in the world to read and then breaks his glasses. My days are packed with references to books that I ought to read. I am keeping a running list: 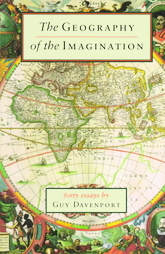 Geography of the Imagination
by Guy Davenport
This collection of essays has come up in my Modern Poetry and Creative Nonfiction class. I remember lying about having read it in an interview when I was about 15. I have no idea what it’s about.

The ABC of Reading
by Ezra Pound
Because his essays are way more fun than his poetry. Because it was first printed in 1934 in these cute little pocket editions with the title typeset in Futura. It’s a classic “writer on writing” manifesto that is surprisingly funny and handy. The Middle Passage
by Paul Metcalf
More “essays.” I actually read this in an afternoon, but I need to read more by Paul Metcalf and more that was published by The Jargon Society and the other Bauhaus émigrés hiding out in North Carolina. His nonfiction pieces are more like collages of news clippings, interviews, poetry and prose. He should’ve been a blogger. The Habit of Rivers
by Ted Leeson
He writes about fly fishing, but not really about fly fishing. This guy did a short reading for our group yesterday and I was impressed with the way he weaves nerdy information into his personal observations in a way that’s compelling to someone who doesn’t care about fly fishing.

Young Men and Fire
by Norman Maclean
This is also the guy who wrote A River Runs Through It. I know, more fly fishing. This one is crafted around the oral histories of smokejumpers at the Mann Gulch forest fire. Maclean was 74 when he started writing it and died before it was “finished.” 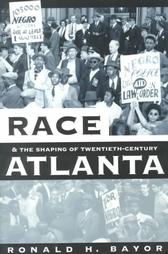 Race and the Shaping of Twentieth-Century Atlanta
By Ronald H. Bayor
More historical research to beef up my paper on Moreland Avenue. Still trying to get my mind around modern nomads and short-sighted visions of community and southern identity. I am thinking of creating a map of the migratory movements of generations who have left Stumptown. 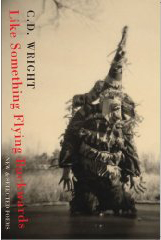 Like Something Flying Backwards
By C.D. Wright
Because I love it when people recommend living poets.

Where the hell were you interviewing at 15?