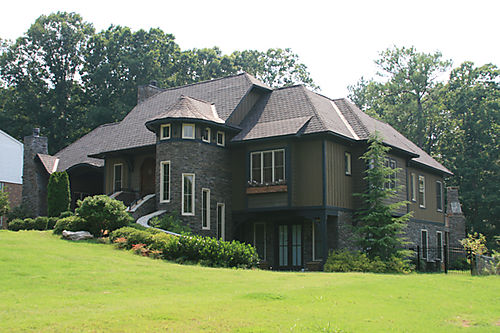 When ABC’s Extreme Makeover: Home Edition came to Stumptown, I was just as excited as everyone else at the office. The project site was one block from my high school, on a street where I had trick-or-treated, babysat and toilet-papered houses. Ahyoka Drive was one of the nicest streets in a low income neighborhood, which by 2005, wasn’t saying much.

During the shoot, I cruised by to get a glimpse of the action. It was winter and through the naked trees I could see the construction zone, surrounded by cranes and lit up like a movie set. People with bullhorns and Starbucks were moving about purposefully. People from LA!

I even tuned in to the Sunday night broadcast to get a look at the interior, “meet” the family and share in the community-wide freakout. And I’ve cruised by a few times since the “dream house” was finished and the cameras cleared out. With its turrets and archways and copper gutters, the place looks like nothing else in Clayton County. It inspires gawking.

So now Lake City’s Extreme Makeover home is making the news again. I saw the headlines and thought, great. One more embarrassing story to put Stumptown in the national news. I was worried by the grouchy remarks of Lake City Mayor Willie Oswalt who said, "It's aggravating. You do that much work, and they just squander it."

He’s “aggravated?” The Harper family is losing their home. I thought a touch more compassion would be appropriate. And what did he think would happen? That they would live happily ever after in their fairy tale castle?

But the mayor’s statement was just the beginning. I am truly blown away by the amount of casual racism being thrown at this family who, from what I can see, are regular people who got caught up in a twisted social experiment. The blogs are full of commenters who are righteously pissed and openly delighted to see this family’s crass misfortune on display once again.

Check out the oldschool racism in these comments, if you can stomach it. I haven’t seen this level of unrepentant schadenfreude since the Michael Vick indictment.

Let’s just get past the illusion the house was a “gift” for the Harpers. The house was for us, the viewers. It was for Beazer Homes and all the sponsors who benefited from the publicity. This is a Hollywood version of “charity.”

For the Harpers, that house was a white elephant from day one. As soon as the crews disappeared, we all had to admit, it stuck out like a gaudy, super-sized, sore thumb. The city couldn’t figure out how to value it or tax it. The Harpers, newcomers to Clayton County, were now established as “that family with the TV mansion.” With the school system in worse shape than their septic tank, they’d be challenged to give the property away. 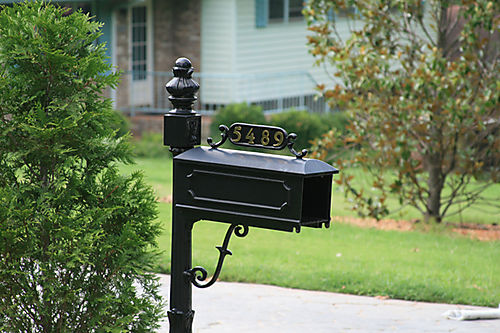 Extreme Makeover purports to be about helping in families in need. What would that really look like? How about teaching financial literacy? Career counseling? Insurance coverage? Investment advice? You probably couldn’t pull it off in 7 days. Would that make for boring TV? Maybe not for the 740,000 families who’s houses went into foreclosure in the last 4 months. Ever wonder why this show doesn’t do a “Where are they now?” episode? Because it would be painfully obvious that this kind of “charity” doesn’t last in any meaningful way.

Beyond the surprisingly vicious press, it seems to me this story has been misplaced. Rather than a symbol of America’s foreclosure crisis, this is the same story we’ve heard a hundred times about lotto winners, black and white, who find themselves broke again. It's a story about financial illiteracy and its spectacular consequences. We should be aggravated that both the Georgia Lottery and Extreme Makeover are inundated with hopeful customers.

Their is a first hand account from a forest park resident. one who worked at the ford dealership where this family took the brand new car they were given and spent $4000 dollars on new rims the next day. I guess the house wasn't enough. That money was given to upkeep the house not pimp out their ride. They then precede to take out two loans on the house which they lost in failed business ventures. This family is hardly the victim here. It's another case of dumb asses trying to live beyond their means. It's their fault they lost the house no one else's. Agreed the show is bullshit, but I think the Mayors comment isn't far off. They did squander it like a bunch of fools. I think $4000 dollars could have bought this family plenty of classes on finances, investments, etc.. This family was given a chance albeit a sensationalized one, still it was a chance. I for one don't feel sorry for them. Stop sugarcoating and face the fact that this was a self inflicted forfeiture.