City Hall Revisited: Who are the buildings in your neighborhood?
Planespotting in College Park

The perfect portrait for this story 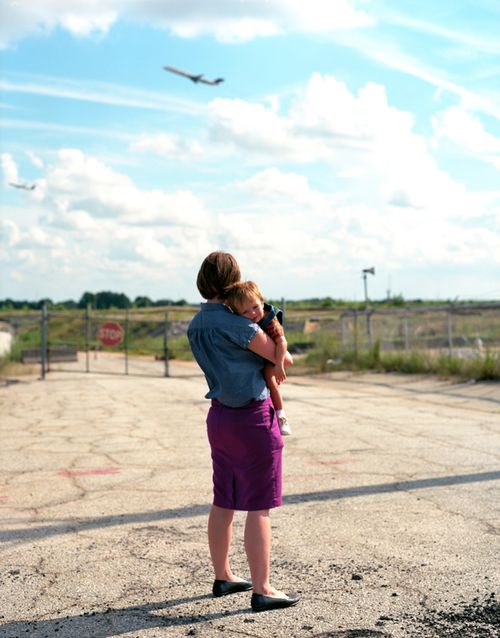 John Kelso's photos of Mountain View got picked up by The Oxford American photo blog, Eyes on the South! Also included is the audio that Mug recorded in our garage studio one evening last summer after we put the baby to bed. It was stuffy and hot, but we didn't want the noise from the AC buzzing in the background. We had to keep pausing the recording because my neighbor's dog was barking and, of course, the airplanes are much more noticeable out back.

John's photos capture a fleeting moment in Mountain View's continuing transformation. The spot where he made the picture above overlooks the former site of the Ford Assembly Plant, which, from 1947 to 2006, was a major employer for southside communities like Mountain View. Shortly after our visit, Henry Ford Avenue was renamed Porsche Avenue, and by November, Porsche broke ground on their new world headquarters here. It's too late for Mountain View, but Hapeville is poised for a comeback.